In Himachal Pradesh Best places to Visit in Summer

Himachal where many attractive destinations at a stone throw away then why to go abroad and spend thousands of dollars or rupees. Clean air, low temperature, breathtaking views, Himalayas, mountains, snow in summer, local cuisine are some of the luring things which attract many tourists from around the country or world.

“Dev Bhoomi”, which means LAND OF GODS. People not only come to the mountains but also to have a spiritual experience. It is a land of many holy places. Even since Mahabharata times, many saints have been coming here to do meditation. Because of its calm quiet environment still, it’s preferred by many.

Here is the list of some top destinations in Himachal where one should visit in a lifetime:

● KAZA (SPITI):
The town in Himachal Pradesh near Tibet border. It is also known as a cold desert. As its max temperature goes up to 5 °C. But the only problem is its remain cut from the rest of the country for almost 6 months because of poor rods condition. The best time to visit is summer. 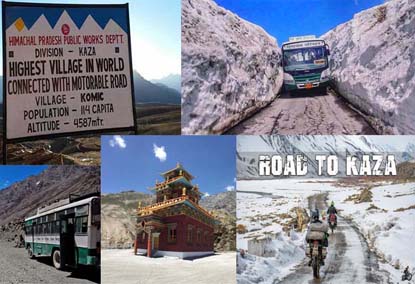 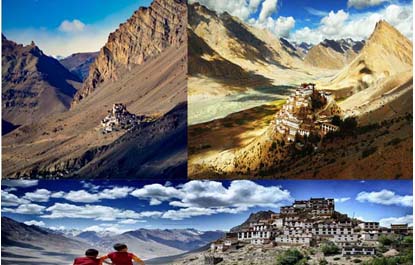 ●KINNAUR KAILASH :
Which is at a height of 6050 mtr from sea level. It’s a trek that comes under an extreme level. It is highly advisable to someone who has prior experience of trekking in unfavorable conditions.
But anyone can directly see the top where “Shivling” reside from Rekong-Peo district in Himachal. 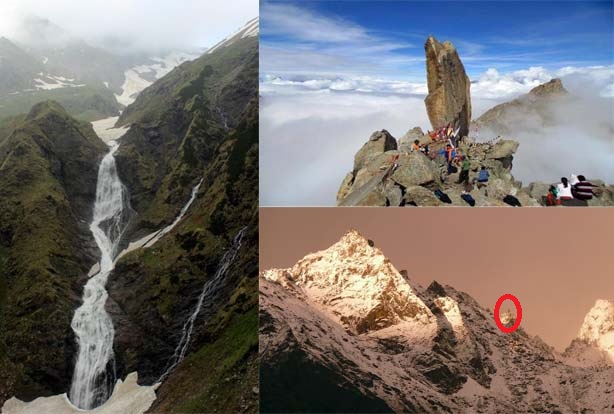 Kinnaur:
On the bank of the Sutlej river comprises of the world’s three greatest ranges, Which is the Zanskar range, the great Himalayas and Dhauladhar ranges. 79 ft long stone depicts “Shivlinga” and changes its color throughout the day.

●HAMTA PASS:
It starts from Manali, Which is around 200 km from Pathankot. The temperature always remains below 25 °C. It’s considered as an easy trek not short but still easy as it doesn’t give you adrenaline shots like Kinnaur. Meadows, beautiful landscapes, scenic views make it more lovable trek.

Chandra Tal Trek:
After crossing pass many trekkers visit Chandra Tal another destination near Manali. A lake and its name derived from its shape, Which is crescent in shape. 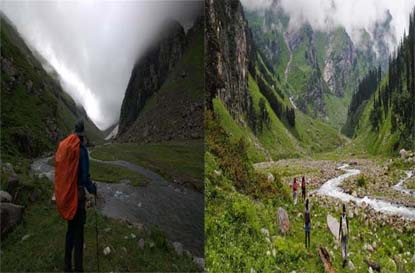 ●TRIUND:
A small trek, easily accessible to by everyone. One can visit and come back in one day but the scenic view lingers people and make them stay longer. It’s a trek for beginners and considers as abetment to explore more.

Distance:
It’s a 9 km trek from the base. on the foothill of the Dhauladhar range in Dharamshala. From Pathankot, it is 90 km and one can easily reach there by bus. 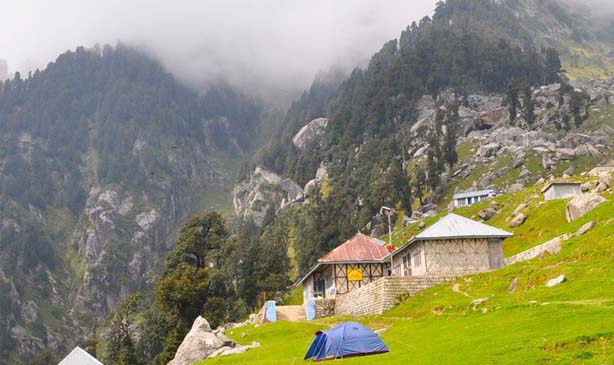 ●BIR-BILLING:
Bir is a village near Palampur, Himachal. This place is famous for paragliding. In 2015 it successfully hosted the world cup of gliders for the first time. If one has a great interest in doing some adventurous sport then Bir is the right place for the one. 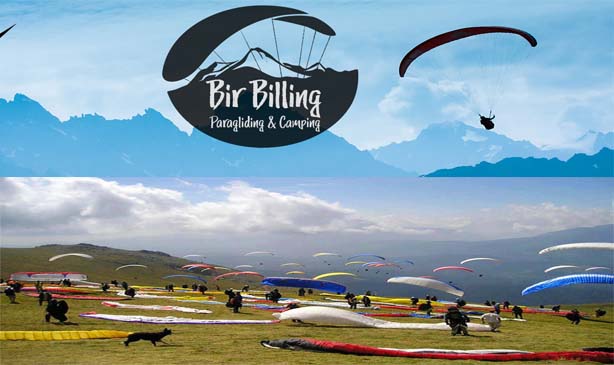 ●RENUKA LAKE:
It is present in the Sirmaur district near Chandigarh. It is the largest lake in Himachal Pradesh.

Mythological Significance:
The name was given after the name of the goddess Renuka. She was the mother of Parshuram. Also, its shape is like the body of a woman. Boating, zoo safari is there. 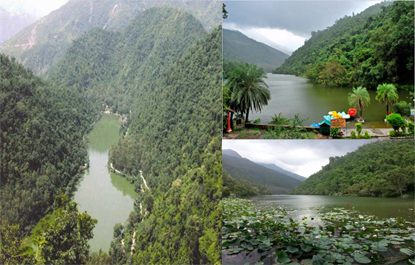 ●PRASHAR LAKE:
Another lake in Mandi district astonishes many people. Because of the floating island in the lake. Which changes its position after every 6 months.

Reachability:
49 km from Mandi has very good connectivity by road. One can easily reach there. Pagoda style temple and lake view are the most sought place there.

●MANIKARAN SHAIB:
For Sikh pilgrims major destinations in Kullu district. Hot water spring is the biggest attraction for the tourists. Even food is cooked in hot water there. Nearest airport 35 km away at Bhuntar. Mostly the temperature remains cold in there. Many other places are there along with it like Kasol, Tosh, Kheerganga. It is one of the major tourist destinations in Himachal Pradesh. 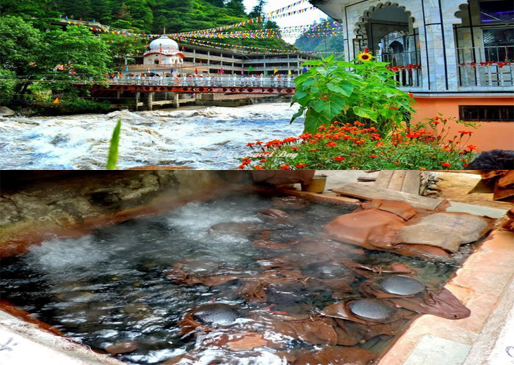 There are many other destinations that I have not included. But will definitely share in the near future. And reaching all the locations are not that tough except some treks where prior experience is required.

for booking Volvo
Click on to book rooms by goibibo.com
book rooms by Makemytrip.com
for other destinations near Pathankot