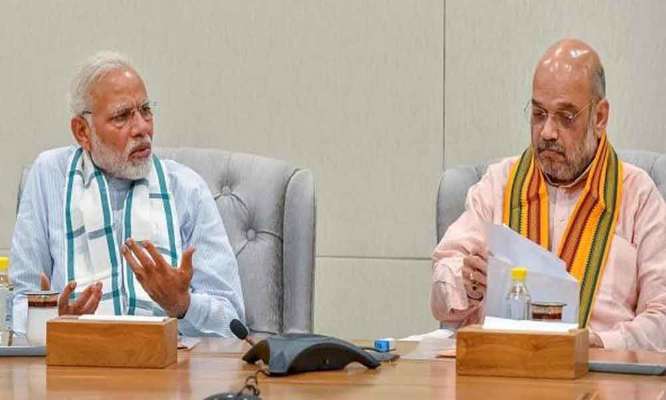 Narendra Modi after winning a huge mandate in the 2019 Lok Sabha election. He has constituted fresh committees on various issues. Two new committees on the issue of investment and growth to give a boom to economic growth and on employment and skill development issues to provide employment.

It is for the first time the government has constituted committees on these issues.

Also, PM Modi is going to personally head these committees. Because as per the constitution of India, If Prime Minister is a part of any cabinet committee, he should be the head of that committee.

Cabinet Committee on Security has also constituted on Wednesday. In which Amit Shah was in the focus as a member. Shah has been included in every committee formed yesterday. Defence Minister Rajnath Singh, External Affairs Minister S Jaishankar and Finance Minister Nirmala Sitharaman will also be part of the committee.

Members are going to take care of foreign and security issues.

Appointments Committee of the Cabinet (ACC) comes into being will be headed by PM himself.

Shah is going to head the Cabinet Committee on Accommodation.

Minister of State Jitendra Singh and Housing and Urban Affairs and Civil Aviation Minister Hardeep Singh Puri are special invitees of the committee.

There is also news that Rajnath Singh, minister of defense was anguish about not including in the committees. Moreover, there was some speculation that he is offering a resignation, which later has sorted out after being included in 6 out of 8 major committees.

The accentuating factor of the committees is the Cabinet Committee on Economic Affairs (CCEA).

Cabinet committee on parliamentary affairs, whose main task is to decide when parliament session will take place. It will come under home minister Amit Shah.