Water scarcity, which has become a major issue as the heat waves are increasing day by day. Many Indian cities are facing an acute scarcity of water. Maharashtra and Rajasthan are worst hit by it. Churu in Rajasthan has become the world’s second hottest place. And 50,000 farmers are staying in cattle farms in Ahmednagar, Maharashtra. Since march people are living there with no basic facilities because the water crisis has become worse in their area. 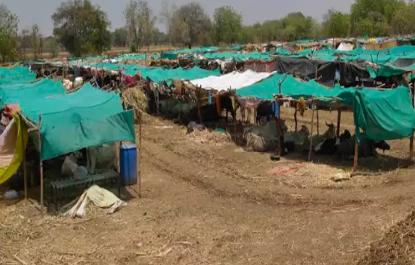 CHENNAI
In Chennai, Many reservoirs have dried up. And people from many places in Chennai have to depend upon water tankers. Besides that, the hegemony of tankers needs cessation but no synergy in government officials is making the situation worse.

Statics:
60 cr population almost haft the population of India facing an acute shortage of water crisis. 75% of the household doesn’t have access to clean water. 21 cities are on the verge to run out of water in a year. The demand for water will be twice the supply after 2030. So we can say that India is facing a water emergency. Govt needs to act now and circumvent. Excessive use of groundwater may force other states like Punjab into a perturb situation.

Fighting to survive:
The race of survival has become the sole task in the Marathwada region of Maharashtra. Where people have to walk miles to arrange a bucket of water. Once in a week tanker comes thereby municipal corporation and provide water to the public.

CHANDIGARH:
Chandigarh is also not left out from this grave situation. 13 Villages in Chandigarh are facing extreme scarcity of water. Since the march water supply in these villages is poor. These are those villages that have been recently added into Chandigarh municipal corporation. That is worst affected by the water crisis because of it Chandigarh also facing step down in smart city ranking.
The residents of these villages have gathered on the railway road protesting against the government.

TELANGANA:
As the temperature is rising day by day water from the reservoir water is evaporating and making them dry. A situation in Karimnagar, Telangana is obnoxious.

POLITICS:
On Wednesday, NCP(Nationalist Congress Party) chief has kicked off drought inspection tour, Also party has decided to raise this issue in their forthcoming foundation day on the 10th of June. Because after facing defeat in the Lok Sabha election party is trying to revive in the state by highlighting the water crisis issue. 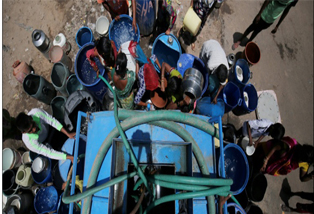 As in Maharashtra election is around the corner at the end of this year it is most likely that opposition will try to engage government into this issue.

HEAT WAVE:
Rajasthan, for instance, a few days back government has issued advisory on rising temperature is also in the same list along with Maharashtra. Banswara district is the severely affected area in Rajasthan. And the water level has extremely gone down in this area. Above all, the average temperature is there around 45-46 °C which is making the situation worse.

No Action Plan:
The number of patients has also increased because of the high temperature and dehydration. However, reaming hydrated is should be one’s priority. Moreover, the Rajasthan government has so far failed in taking cognizance. With no water policy of the government, anticipation is that the situation is going to remain standstill for a couple of months.