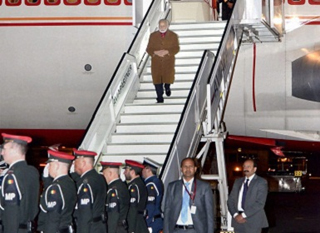 Indian Prime Minister Narendra Modi visited the Maelbeek metro station in Belgium on Wednesday, the site of an Islamic State bomb attack last week where 20 people, including one Indian, were killed and over 100 men and women were injured.

Modi paid tributes to the victims of the blast at the subway in the Belgium capital and laid a wreath at the site as a mark of respect for the dead.

Indian techie Raghavendra Ganesan was one of the victims at the metro station bombing. His death was confirmed by Belgian authorities only this week.

Terrorism was a major focus of the visiting Indian prime minister during his day-long Brussels trip for the 2016 India-EU summit.