‘Not dowry if money demanded by man is for business’, rules HC 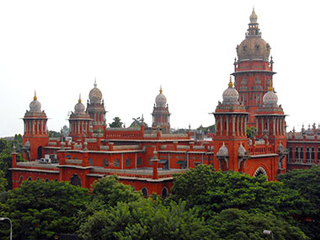 The Madras High Court on Wednesday ruled that money demanded by a man from his in-laws for doing business does not come under the category of ‘dowry’.

Disposing off a petition filed by the man’s family against a complaint of dowry harassment, Justice C T Selvam of the Madurai bench said money demanded by a person from his wife and in-laws for investing in business cannot be construed as dowry demand and tried under Section 4 of Dowry Prohibition Act, 1961.

He said it was necessary for a complainant to prove that money was demanded only as dowry.

The petitioner’s submission that money had been demanded for conduct of business, but that the same was not demanded as dowry was accepted by the Judge.

He said, such a demand for money to conduct business would attract IPC Section 498A (husband or relative of husband of a woman subjecting her to cruelty). The petitioners were the ordered to be prosecuted under this provision, apart from IPC Sec. 506(I) (criminal intimidation).

The Judge exonerated the complainant’s father-in-law, saying he was in no way connected with the case.

He directed the Judicial Magistrate in Tiruchirapalli, where the case was filed in December last year, to prosecute the victim’s husband, mother-in-law and two sisters-in-law alone.