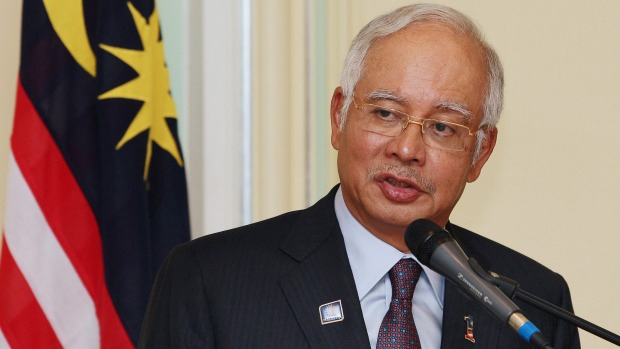 “It’s not about joining the opposition or any group. It’s about citizens joining together to show support,” said Mahathir, reading from a memorandum agreed by 58 signatories.He was speaking at a joint news conference attended by opposition politicians, anti-government activists and

Muhyiddin Yassin, who was sacked as deputy prime minister in 2015 after he openly questioned Najib on the 1MDB scandal. The “core” group’s agreement also called for the removal of people who covered up misdeeds, the repeal of laws that violate fundamental rights and the restoration of institutions it said had been undermined, including the police and anti-graft agency.

Najib has faced sustained pressure to resign since the middle of in 2015 1MDB and deposits into his private accounts worth around $680 million. Najib has maintained that he has not used the funds for personal gain, and has since been cleared of any criminal offence or corruption.

Mahathir, Malaysia’s longest-serving leader and now 90 years old, was once Najib’s but has become his fiercest critic and – because of his enduring popularity – a thorn in the side for the prime minister.

Last week, he quit the United Malays National Organisation (UMNO), the party that has led every ruling coalition since Malaysia’s independence in 1957, saying it had become Najib’s party and he didn’t want to be associated with corruption. Ahead of the news conference, the country’s jailed opposition leader Anwar Ibrahim offered support to oust Najib.

Anwar’s offer marked a seismic shift in the political landscape, as a vendetta between the two has seethed since Mahathir sacked Anwar as deputy prime minister in 1998 and had him jailed on sodomy charges that many observers said were politically motivated.

A year ago, Anwar was jailed again on sodomy charges, that he said were concocted by Najib’s government to eliminate the threat he posed to its grip on power.

In a statement issued from jail on Thursday, Anwar said he would “support the position” of those in civil society, political parties and individuals, including Mahathir, in the push to remove Najib. “He (Najib) is responsible for continuing to engage in selfish political acts, wreaking havoc upon administrative institutions, and burdening the Rakyat (people) with continued economic crisis,” Anwar said.