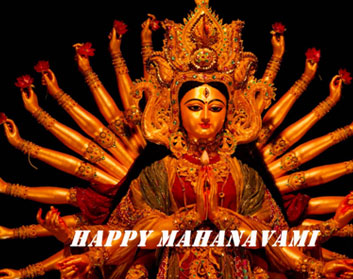 Every year Navratri is celebrated for continuous nine days and the last ninth day is what we called Navami. The Sharad Navratri is always celebrated in the Holy month of Ashwin according to the Hindu calendar and it is also known as Maha Navratri. It is one of the most important from all the four Navratri celebrated within a year and has its own significance. In this year Navaratri has started from 21st of September and then would end on 29th of September. In these nine auspicious days, there is a religious environment all over the India and at the last day, all people celebrate Mahanavami which falls on 29th of September.

Significance of Mahanavami
This day is believed to be the last day of fight of Goddess Durga with the Mahishasur, the buffalo demon. This battle continues for many days and finally ended on the tenth day and that day we now celebrate as Vijay Dashmi and Maa Durga defeated Mahishasura. In many parts of Bengal it has been seen that, where all people celebrate Durga Puja with great gusto and huge pandals cn be seen all around with bustling huge crowd making merry into this festive season vibe. This also include delicious snacks, also participating in different cultural events also since it is the last day before the Goddess Durga makes his last ride to go back to heaven. The various rituals related to this religious festival started with holy bath followed with a special Shodhasopachar of the deity.

Astra Puja on Navami
In the various region of Karnataka, it has been seen that many people perform the ritual called astra puja, which we also called Ayudha Puja. It is performed by the people on Ashwayuja Shudhh Navami also called as Mahanavami. On this religious occasion, all the weapons of goddess are worshipped by the people and also have very significant occasions for all soldiers and various artisans for whom it is a best occasion to revere their different weapons and tools. This whole Puja is carried out to please the divine force and to make able to gain the whole victory in each and every endeavor. The principle Shakti goddess is worshipped by the people during this Puja is Goddess Saraswati, who is the goddess of wisdom, literature and arts, goddess Laxmi called as goddess of wealth and Goddess Parvati called as the divine Mother. The people of Mysore also worship the Royal Sword and are taken by the people all around the city in a procession on fully decorated elephants.

Kanya Pujan
One another ritual which is very common within all over the country is called as Kanya Pujan. This is usually performed on eighth or ninth day of the Navratri. The people gather the nine little girls and believe that these nine people shows the nine faces of Goddess Durga are welcomed in the different houses by different people. This ritual is performed by firstly washing their feet and then tying Moli on their hands. These nine girls are seated in a single line and are served Halwa Puri and Chane which is known as “Bhog”. 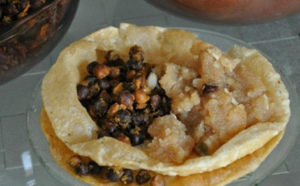 The people living in the area of Telangana also celebrate the Bathukamma Panduga on this Navami day. This is like a flower festival which is done by creating beautiful flower arrangements and various decorations by the women of house within the seven concentric layers in the Gopuram temple shape. The word “Bathukamma” translates literally into the meaning “Mother Goddess come Alive”. The various arrangements of flower are done to make a attempt in order to invoke Goddess Gauri. This festival is celebrated by the various people of this region for the glory and beauty of motherhood by wearing new clothes and jewellery on this auspicious day by women.