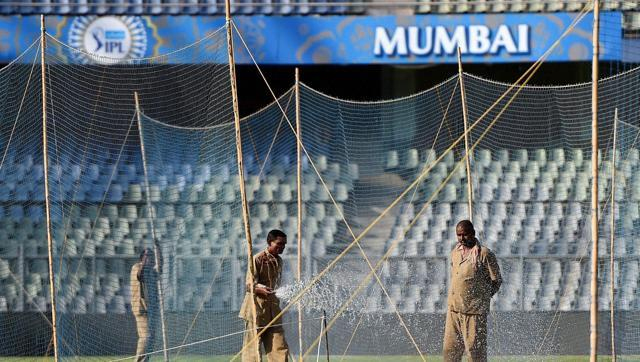 The Indian cricket board, BCCI, has said that it won’t be easy to move out games from Maharashtra midway through the tournament in response to the Bombay high court order of shifting 13 matches from the drought-hit state.

The high court on Wednesday asked the BCCI to shift all the IPL matches after April 30 from Maharashtra due to the acute water crisis in the state. Mumbai, Pune and Nagpur are the three venues in Maharashtra scheduled to hold the IPL matches.

Maharashtra — home to Rising Pune Supergiants and Mumbai Indians — was to host 13 games after April 30, including the final in Mumbai.

“Organising the IPL is a gigantic work. It’s not easy. All preparations had been done, completed. Now shifting the matches will be a problem,” IPL chairman Rajeev Shukla said.

“So far, we have not got the written order, after we get that, we will study the order and work out an alternative plan. We always respect the court. We need to talk to other franchises. Out of 19 matches in Maharashtra, 13 have to be moved out, we will have to work it out,” he added.

BCCI Secretary Anurag Thakur said there was an attempt to create negativity around the league.

“We are not using drinking water, we have said that we’ll use treated sewage water only. How many swimming pools of 5 star hotels have been shut? Have people stopped watering their lawns?” asked Thakur.

“There is an attempt to create negativity on every issue these days. IPL was to use 0.00038 per cent of water so that shows the requirement was not much,” he added.

The BCCI had offered to contribute to Chief Minister’s drought relief fund besides supplying water to the drought-affected areas. Shukla said the Board could not have done anything more than that.

“The key problem is water for farmers, which we are trying to find a solution to. We were willing to give water, contribute to the CM’s fund. Now shifting matches will be a problem,” Shukla said.

“Nobody raised these issues for six months. Whatever was required, we were willing to do. In fact, I would like to point out that a lot many other sports and cultural events are going on in Maharashtra, which also use water and they should also help,” he added.

Shukla said even the sugar factories and golf courses should be pulled up for their water usage.

“Not only sugar factories, construction should also be stopped. All golf courses, they require huge amount of water, nothing is being done against these golf courses,” he said.

Kings XI Punjab co-owner Ness Wadia, who was among the first to advocate shifting of matches, said he is glad that sensitivities of the drought-affected people in Maharashtra are being respected.