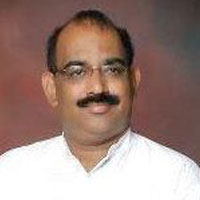 Ashwani Kumar Sharma is an Indian politician and a member of Bharatiya Janta Party(BJP). He is a member of Punjab Legislative Assembly and represents Pathankot. He is also a former president of Punjab BJP.His father’s name is Uma Dutt. He has studied Bachelor of Arts from Guru Nanak Dev University

He was elected to the Punjab Legislative Assembly in 2012 on a Bharatiya Janta Party ticket from Pathankot. Ashwani Sharma is the serving BJP MLA from Pathankot (Punjab). An eminent personality of the town and a messiah for the downtrodden. It was under his leadership that Pathankot was finally declared a district after 20 years of struggle for the same.