The long awaited show is not all set to make a comeback after a gap of about a year as Naagin 3 and all the fans of this show are trying to collect all the related information related to this new show and their star cast. So, now as teaser of this show has already been released, the three famous and prominent faces related to this serial, has been finally revealed which is Anita Hassanandani, Karishma Tanna and Rajat Tokas. According to the reports, Anita will play the role of Vish which is a quite multilayered character and Karishma Tanna which will play the role of a protagonist, who will be the one which will be taking her revenge and the male lead role Rajat Tokas will be playing the character of Naagraj. After knowing all this, all these actors have already posted their first look related to the show and recently Anita has shared their bridal look with her fans showing that she must be shooting for their wedding sequence within the serial.

According to the news, this show will begin on the channel from June 2 and this season will also show the main reason of the previous season’s end that why Rocky killed his wife shivangi as Mouni Roy has already shot for her death sequence. The story will begin with Karishma and Rajas as Naag and Naagin in the form of humans and being harassed by some group of adults and young children. After few months, Anita will make an entry to those children’s life in order to have revenge. The biggest twist might also take place when the role of Karishma will re appear and will take the form of Surbhi Jyoti and then start with her revenge. So, get ready with this full of entertainment pack. 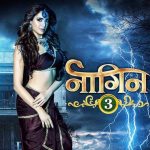 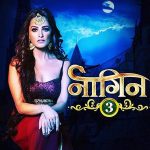