Chandigarh: The Punjab government is working to realise its target of 4/6 laning of all national and state highways by January 2016 and has set aside Rs 3,080 crore for the purpose, an official spokesperson said on Sunday. 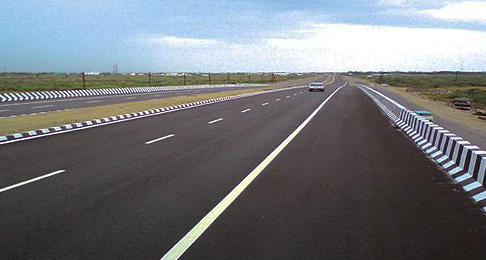 This distinction of word class connectivity would help Punjab to attract more investment ease traffic on the roads thereby in the coming years, the spokesperson said here.

He said that work on nearly 398.9 KM long stretch was in full swing which would be completed till January 2016.

He said 230 km of national highways had been already six laned in last five years at a cost of Rs 1,460 crore.

Giving details he added that NH-1 from Shambhu Border to Jalandhar, NH-1A from Bhogpur to Mukerian, NH-15 from Pathankot to Amritsar and NH-95 from Ludhiana to Talwandi would be 6 laned in next three years.

He said that 4 laning of NH-1 from Dhilwan to Amritsar at the cost of Rs 263 crore, NH-1 from Amritsar to Wagah Border with Rs 206 crore, Jalandhar to Bhogpur with Rs 90 crore, Mukerian to Pathankot with Rs 300 crore have already been completed.