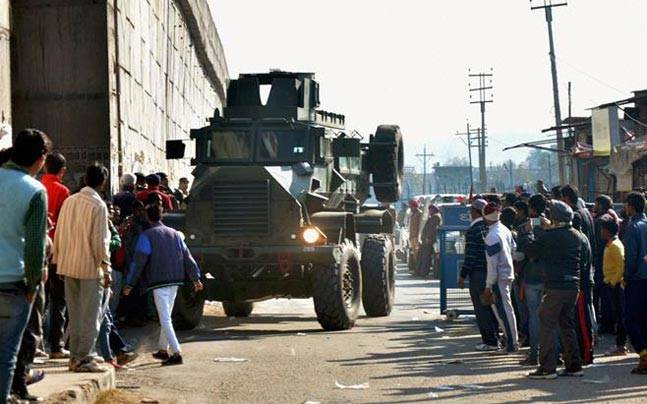 India today issued visas to Pakistan’s five-member Joint Investigation Team (JIT) which will reach New Delhi on Sunday to probe the Pathankot terror attack, believed to be the handiwork of terrorists from across the border.

The JIT will begin its work from Monday, which will also include deliberations with India’s National Investigation Agency and other concerned officials. The government has allowed limited access to the Pakistani team at the Indian Air Force base in Pathankot.

Following a meeting with advisor to Pakistan PM Sartaj Aziz on the sidelines of the SAARC ministerial meeting at Pokhara in Nepal last week, External Affairs Minister Sushma Swaraj announced that the Pakistani JIT would arrive in India on March 27 and start its work the following day.

Seven Indian security personnel lost their lives when terrorists from across the border attacked the Indian Air Force base in Pathankot, Punjab, early on January 2. The Pakistan-based Jaish-e-Mohammed (JeM) claimed responsibility for the attack in which all the six terrorists also were reportedly killed.

The attack derailed the proposed foreign secretary-level talks that were scheduled for the middle of January after the two countries agreed in December last year to start a comprehensive bilateral dialogue. India has since sent “actionable evidence” to Pakistani authorities to bring the perpetrators of the attack to book.

Pakistan filed an FIR in Gujranwala last month against “unknown” terrorists in connection with the attack.