Amarnath Yatra temple, also famous by its second name “BABA BARFANI”. It is situated at the height of 3,888 ft above sea level and almost 320km from PATHANKOT.

“Pahalgam” is the point from where the trek starts and it is 320 km from Pathankot, which takes around 9 hours to reach there. It is a cave surrounded by the mighty Himalayas covered in snow throughout the year. The cave also remains covered throughout the year and open for very short spam, also at that time yatra took place. The trek is very treacherous and adrenaline boosting. The cave has a small point inside from where water drips and forms a structure that grows up vertically, which looks like “SHIV LINGA”.

According to Hindu mythology, it is believed that it is the place where Lord Shiva explained the secret of life and eternity to “Mata Parvati” his wife.

it is one of the 18 Maha Shakti Peethas, immensely visited by pilgrim all over the country and world.

After 2017 tragedy when few terrorists attacked a bus taking pilgrims back to Srinagar. It was anticipated that this year Amarnath Yatra may not take place.

A few days back after Amit Shah visits the Kashmir for the first time after incumbent upon as Home Minister. President rule has been extended for the next six month in the valley. Last year after PDP and BJP collation government broke the alliance, president rule came into being.

since then it is under governor’s rule.

Yatra takes place every year and many Hindu pilgrims take part in it. The best part is that the whole yatra is organized by the Muslim community. Which clearly represents the harmony between the two of them. Many believe that this congregation always helps damping demeanour.

Satya Pal Malik, Governor of Jammu and Kashmir has stated in his statement that police and military don’t organize the yatra, it is the people of Kashmir who organize and look after pilgrims. With their support, this yatra takes place every year. 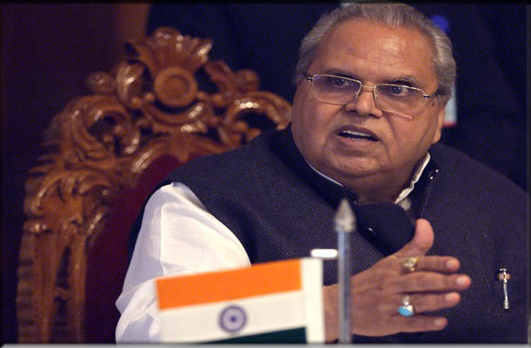 Today on the first-day governor is going to visit the cave along with yatra heads and will take part in the opening ceremony.