8 leaders and their morning routine 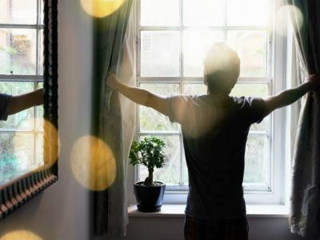 Hitting the gym and hearty breakfasts give successful people the head start they need. Some smart pundits said, there’s no `short cut’ to success. Success in life depends on a combination of hard work and talent. While you have your own ritual, you must be curious to know what successful people do soon after getting up. We have listed down the morning routines of 8 world leaders. Here’s what these successful people do at the start of their work weeks. Here are the 8 leaders and their morning raaga.

Being the president of the United States isn’t a cakewalk. Obama wakes up by 6:45AM. Soon after he goes to the gym to do both weights and cardio.

As soon as he is done with the work out, Obama sits on the breakfast table with wife Michelle and two daughters Malia and Sasha.

Many of us desire a cuppa from Starbucks to begin our day. That yearning often gets fulfilled on the weekends. But what about that man who heads Starbucks? What does he prefer? Well for Howard Schultz, the CEO of Starbucks, coffee is obviously the best way to begin his day. In an interview, Schultz said he gets up at around 4:30 in the morning.The first thing he does in the day is to take his three dogs for a walk. He returns after an hour and makes coffee for him and his wife by 5:45AM. Of course, the CEO of the world’s leading cafe brands has his own kind of coffee. The coffee he drinks is a `coarse grind of aged Sumatra’ steeped for 3-4 minutes in boiling water, according to the interview.

Former Apple chief, Steve Jobs would do the simplest morning ritual to keep himself boosted.Waking up from his bed, Jobs would stand in front of the mirror, look at himself and ask, “If today was the last day of my life, would I be happy with what I’m about to do today?” When he found the answer to be no, he knew it’s time to make some changes.

The co-founder of Microsoft, Bill Gates starts his day exercising both his body and mind. Getting up from the bed, Gates hits the gym where he does cardio on treadmill for an hour. Besides, he would watch instructional videos while working out.

If you have the same kind of parents who annoy you to wake up early, here’s how to tackle them. The life of Facebook’s founder is as simple as his lifestyle. Mark Zuckerberg’s day begins at 8 in the morning. The 31-year old, who is seen wearing a grey tee all the time, probably heads towards his wardrobe to pick the t-shirt for the day.

However, Zuckerberg has said that many a times, he would talk to the programmers till 6 in the morning and not sleep all through the day.

Men want to be like him and women like to be with him! The Hollywood actor begins his day a bit late. At 9 in the morning he would go for a light session of flyboarding. Having done that for half an hour, Leo would sit down for an English breakfast everyday.

The former PM of Britain, Churchill hated rising up that early like Branson or Obama. He would get up at 7:30 and have a hearty breakfast meal of poached egg, toast, jam, cold meats, grapefruit and of course some whiskey.By the time breakfast arrived at his table, he would finish reading the newspaper. While having breakfast, he would dictate correspondence to his numerous secretaries.

Narendra Modi is known to be a disciplined man. He starts his day with Surya Namaskar, Pranayam and Yoga. He sits for breakfast at 8. Breakfast for him is a typical Gujarati one.

He makes phone calls to friends and family during break fast and heads to his office at 9:30 am sharp.