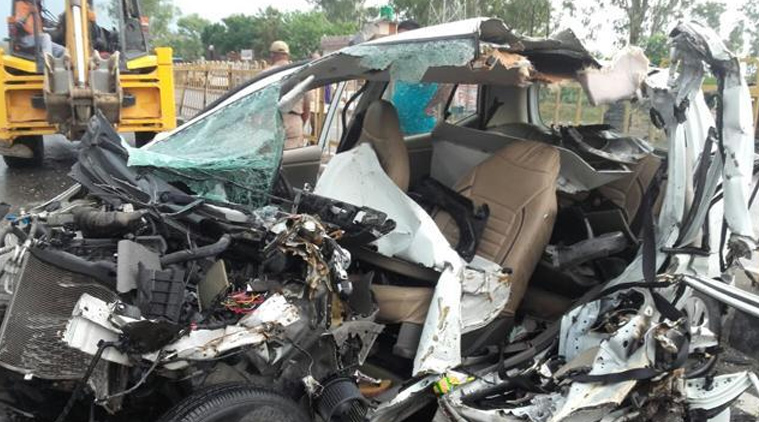 Three members of a Jalandhar-based family were killed as their car rammed into a tractor-trailer after one of the vehicle’s tyres got burst at Mirthal in Pathankot district on Monday morning.
The family from Maharaja Garden locality in the city was returning in their Hyundai i20 car (PB08-CG-4937) from Srinagar in Jammu and Kashmir where they had gone for vacation.

The deceased have been identified as Suresh Kumar Aggarwal (47), his wife Sonam (45) and their son Sahil (23). Their younger son Keshav (20) and car driver Tarun (35) have been admitted to a private hospital with injuries.

Arun Kumar, in-charge, Nangal Bhoor police post in Pathankot, said car driver, Tarun, lost control over the vehicle after a tyre of the car burst and hit the tractor-trailer carrying sand from behind.

The police said a case under section 174 of the Criminal Procedure Code (CrPC) has been registered and the victims’ bodies have been handed over to their family.

Earlier, the family had planned to go to Mathura and Vrindavan in Uttar Pradesh for vacations but they changed their plan at the eleventh hour and instead went to Srinagar. The family had moved to a new house at Maharaja Garden four months ago from Quilla Mohalla.