Has not apologized yet

He abruptly and allegedly said that she took key points on her speech from the US Holocaust Memorial Museum signboard. 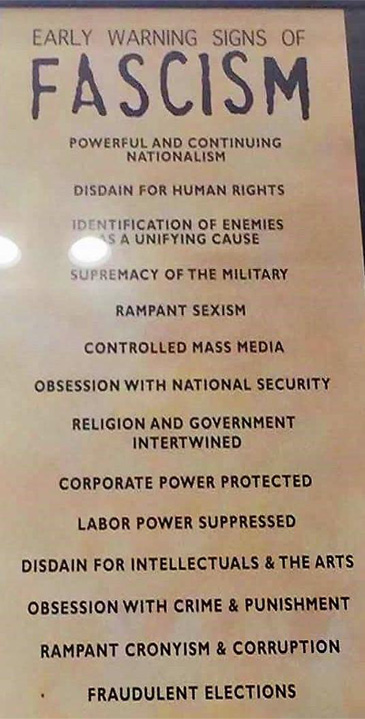 But He included that this article is written by Martin Longman. And he should claim and take action on her for copying his article without giving credit to him.

In his show, he was adamant and seems like he has a personal grudge with her.

But after his claims went viral and many fact check sites and people looked into it.

Reality surfaced and found that Moitra gave due credits for the ideas incorporated in her speech from a poster at the US Holocaust Memorial.

the writer of the article claimed that Moitra who is accused of plagiarism not only gave credit to him but also he has no problem with her. In his tweet he said

“I’m internet famous in India because a politician is being falsely accused of plagiarizing me. It’s kind of funny, but right-wing assholes seem to be similar in every country.”

Here is the viral speech of Mahua Moitra in Lok Sabha

The poster from where she claimed that she made her speech, “Early Signs of Fascism”. Turns out Logman also took inspiration from the same signboard in 2017 to explain US condition under Donald Trump in his article he published in magazine “Washington Monthly”

Later in his show, Sudhir Chaudhary accepted his mistake but didn’t apologize instead again blamed her for quoting the source in the end rather than at the beginning.