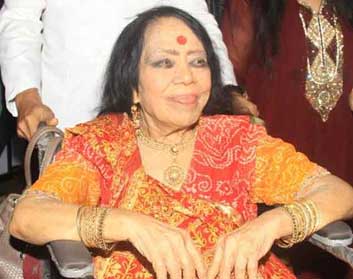 Google Doodle today celebrates the birth anniversary of eminent Kathak dancer Sitara Devi. Born on November 8, 1920, Sitara Devi has been described as Nritya Samragini by Rabindranath Tagore when she was just 16 years old.

Sukhdev Maharaj wanted his children to learn dance but faced criticism from members of his communities, who even called his daughters names. But this did not deter Maharaj and was encouraged by Tagore himself.

Sitara Devi started learning Kathak from a very young age and by the time she was ten, she was giving solo performances. Sitara Devi couldn’t continue her schooling for the passion of dance and soon shifted to Bombay, present day Mumbai.

In Mumbai, Sitara Devi performed in front of a select audience which included Sarojini Naidu, Rabindranath Tagore and Sir Cowasji Jehangir. Tagore was so impressed with Sitara Devi’s performance that he felicitated her with a shawl and a gift of Rs. 50.

At the age of 12, Sitara Devi was selected by filmmaker and dance director Niranjan Sharma for Hindi films. Sitara Devi performed in a number of Hindi films including Nagina 1951, Roti, Vatan 1954, Anjali 1957.

Sitara Devi blended the elements of two schools of Kathak — one which was developed in Banares (east Uttar Pradesh) and one from Lucknow, (Oudh, or north Uttar Pradesh), and represented a forgotten era when Kathak used to be performed the whole night.

Sitara Devi’s high-energy, heavy rhythmic movements based on music could continue effortlessly for hours and occasionally included renditions of ‘thumris’ and ‘bhajans’ during the performances.

Over the years, Sitara Devi performed all over India and abroad, including prestigious venues like Royal Albert Hall, London (1967) and the Carnegie Hall, New York (1976).