Hyderabad-based LV Revanth — a popular name in the southern entertainment industry — overcame the language barrier to emerge the winner of popular singing reality show Indian Idol 9 on Sunday in a musical finale filled with various melodious as well as humourous motifs.

Revanth, who has lent his voice for around 200 songs in southern films including Baahubali: The Beginning, became known for his soulful voice right from the start when he auditioned for the show. Despite not knowing Hindi, he sang Bollywood songs effortlessly throughout the season and defeated Hyderabad-based P.V.N.S. Rohit and Punjab’s Khuda Baksh in the finale to clinch the Indian Idoltrophy along with a contract with Universal Music and Rs 25 lakh.

“Right now I am on cloud nine. I am very happy for winning the show. I would say that my life has just began right now. It’s not easy to win that title being a south Indian singer. I saw this show as a big opportunity. The four-month journey in this show has completely changed my life,” Revanth told IANS.

Ace choreographer-filmmaker Farah Khan, renowned singer Sonu Nigam and music composer Annu Malik, who kick-started the Indian Idol journey as judges in the first two editions, returned on the panel for the ninth season of the Sony Entertainment Television show, which was hosted by Karan Wahi and Paritosh Tripathi.

Being a known singer in Telugu and Kannada film industry, Revanth was the judges’ and audience’s favourite. As he said on the premiere episode itself, he joined Indian Idol to get recognition nationwide and debut in Bollywood. 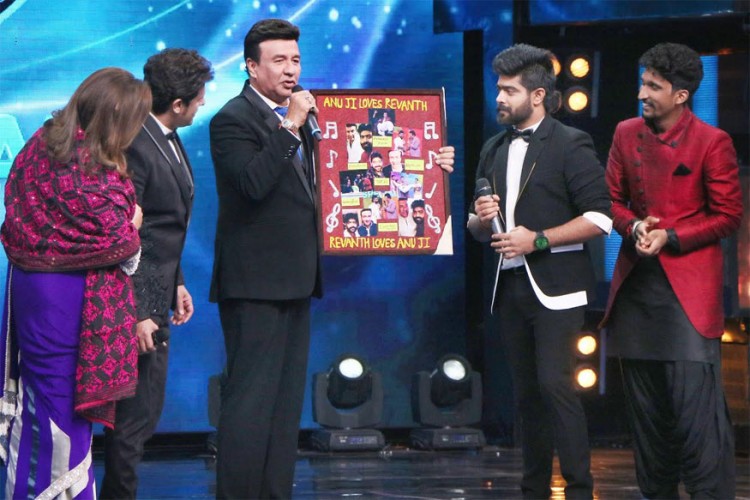 Besides the outstanding and foot-tapping performances by the three finalists and the judges, the big highlight of the show was when legendary cricketer Sachin Tendulkar appeared for the world television premiere of his debut track “Cricket waali beat”, on which he has collaborated with Sonu Nigam.