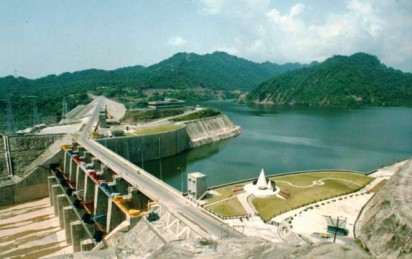 The project is the largest hydroelectric dam in the state of Punjab. The township where the site is located is called Shah pur Kandi Township. Feasibility studies for the project began in 1953 and geotechnical studies continued until 1980. Construction began in 1981, the generators were commissioned in 2000 and the project complete in March 2001.

The project is used for both irrigation purposes and power generation. It has an 600 Megawatt capacity. The dam is one of the highest earth-fill dams in India and has the largest diameter penstock pipes in the country. It is located upstream of the Madhopur Barrage at Madhopur.