Nestle India Surges After Maggi Gets All-Clear From Mysuru Lab 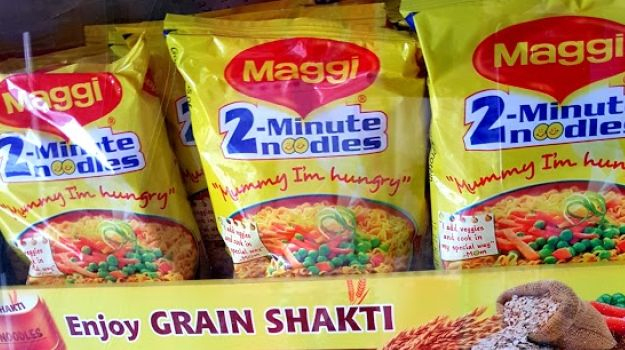 Shares of FMCG major Nestle India on Tuesday surged as much as 5 per cent to Rs. 6,180 on Tuesday after the Indian unit of global food giant Nestle said that its popular Maggi noodles have cleared tests conducted by the Central Food Technological Research Institute (CFTRI)

“CFTRI has submitted analysis reports on Maggi noodles to the Supreme Court. We have been provided with a copy of the reports. We are happy that all 29 samples tested by CFTRI are clear,” Nestle India said in a statement after market hours yesterday.

The Supreme Court in December last year had ordered testing of samples of Maggi noodles in the Mysuru laboratory.

In June 2015, food regulator FSSAI had banned Maggi noodles, saying the product was “unsafe and hazardous” for consumption after finding lead levels beyond permissible limits. Nestle had relaunched Maggi noodles in the market in November last year after fulfilling conditions set by the Bombay High Court which lifted the ban imposed by FSSAI.

The Maggi issue has been an overhang on the Nestle stock. In the past one year, it shares have fallen 14.50 per cent, underperforming an 8.50 per cent decline in BSE FMCG index.