Drought in Maharashtra due to ‘unworthy’ Sai worship: Shankaracharya 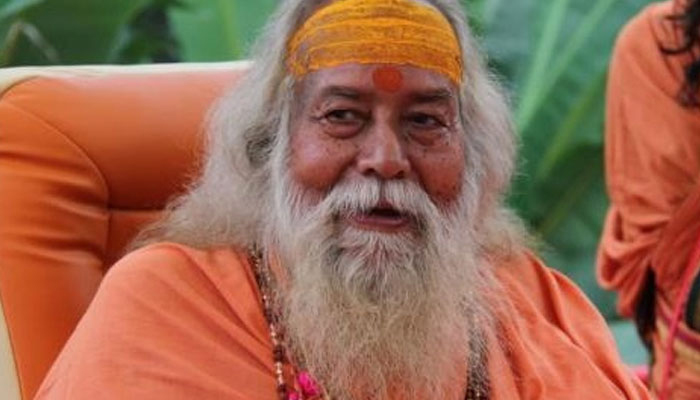 Dwaraka-Sharda Peeth Shankaracharya Swami Swaroopanand Saraswati has blamed the worship of the “unworthy” Shirdi Sai Baba by his followers responsible for a drought-like situation in Maharashtra.

The seer, who is known for his bitter opposition to Shirdi’s Sai Baba, has made this remark on a fortnight-long visit to Haridwar.

According to Dwaraka seer, worshipping Sai Baba, who was a ‘fakir’, as if he were a god was ‘inauspicious’.

“Calamity strikes where those unworthy of worship are worshipped,” the Shankaracharya was quoted as saying in a report by Times Of India.

The Dwaraka-Sharda Peeth Shankaracharya also quoting scriptures to emphasise that “such places suffer drought, flood, death or fear” in support of his claim.

“Maharashtra is facing all of these,” he concluded.

The Dwaraka seer had on many occasions in past disapproved worshipping Sai Baba.

In 2014, he had said the “mystic who was no god” should not be worshipped, and asked his devotees remove his photographs and idols from temples where “he gets pride of place with Hindu deities”.

The 94-year-old seer, while reacting to the Shani temple row, said that women should not have entered the sanctum sanctorum of the Shani Shingnapur temple as “it will bring bad luck to them”.

“Shani is a planet of sins. Worshipping him will lead to a rise in crime against women,” he added.